History of the Club

At a Cricket Club meeting in 1904 it was agreed that a section of ground should be prepared for a bowling green. Although work was undertaken removing trees and laying a level base by men from Bovey Pottery, the then-named  Bovey Cricket and Bowling Club was not formed until 1911. In 1914 the Club was one of the founder members of the Mid Devon League which is now a most popular and competitive league. It was not until 1970 that the club separated from its ties with the cricket club and was renamed Bovey Tracey Bowling Club. In 1977 the club purchased a second hand pavilion which was used until a sub-committee was formed to investigate replacing this with a new one. The Bovey Tracey ladies joined the Devon County Ladies Section in 1985. By 2008 the sub-committee chaired by Colin Miall raised the necessary funds from various sources including gifts from members to purchase the present club house. The Club celebrated its centenary in 2011 with various events throughout the year including fixtures with Phear Park BC, Newton Abbot BC and Tiverton West End who were all formed in 1911.  Several improvements have been made over the years to the green and surrounding areas, including the erection of fencing and two changing rooms. The standard of the green has continually improved and recently, under the control of the head green keeper Steve Callard, has been compared with the best in the area. Prior to the start of the 2016 season the club installed a computerised watering system. The club applied to the Licensing Authority at Teignbridge DC and obtained a Club Certificate ready for the start of the 2016 season which enabled the club to supply alcohol to members and visiting bowlers. 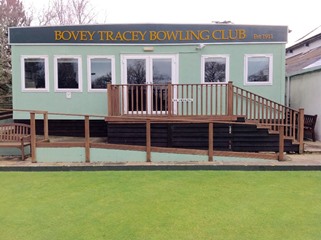 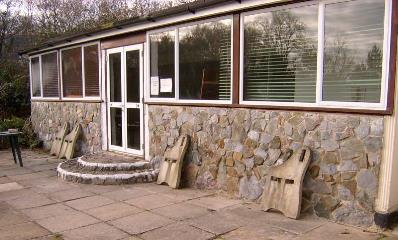